AND THE COCO DE MER

The Seychelles, like the Maldives, are tiny and gorgeous, ringed with white sand beaches, dotted with palm trees, indented with beautiful bays, and surrounded by coral reefs. The waters of the Indian Ocean are various shades of turquoise and aquamarine, and the sand is finer and softer than sugar.

Praslin (pronounced "PRAH-lih) is the second largest island in the archipelago - about seven by four miles. In its center is the Valleé de Mai, a UNESCO World Heritage Site and the only place in the world where the Coco de Mer grows in the wild. We stalked that tree in the park, and on our way saw geckos and wild parrots and chameleons on the fronds of the smaller trees, but it was hard to see a whole tree because they grow to be well over 100 feet. They grow slowly and produce one huge frond per year. When the females are 25 years old, they make a flower. If there is male tree nearby and the conditions are right, and it is taller than the female (the pollen wafts down), the flower gets fertilized and over the next many months, the nut develops. That nut bears an uncanny resemblance to the female pelvis and looks like somebody should put clothes on it. General Gordon (the one who located Jesus' tomb in a quirky little garden in Jerusalem) located the Garden of Eden here in the Valleé de Mai. The nut, he said, was the fruit of the tree of good and evil, but we think it would have been hard for Eve to handle, weighing 60 pounds or so. The path through the forest was magical; despite the heat (90+ degrees), the huge canopy of fronds kept us quite cool.

Post-hike we drove to the Anse d'Or and plunged into the enticing waters of the Indian Ocean. 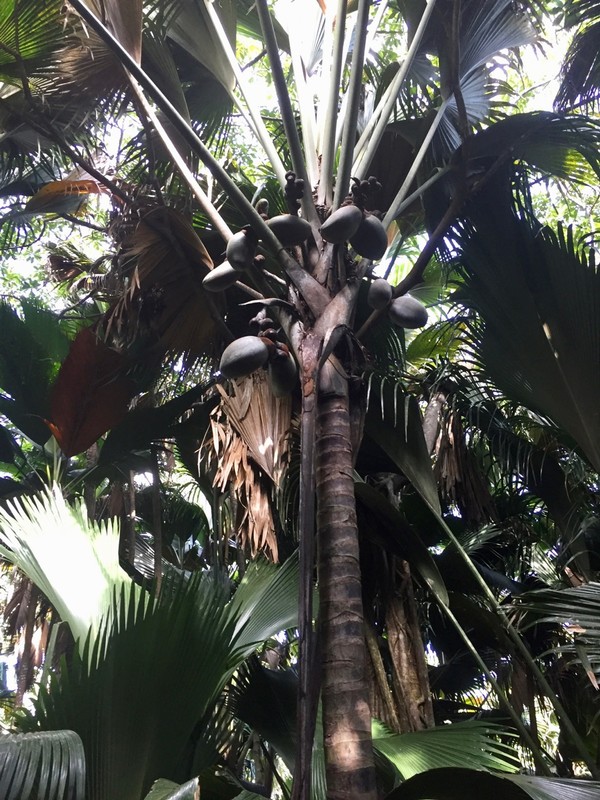 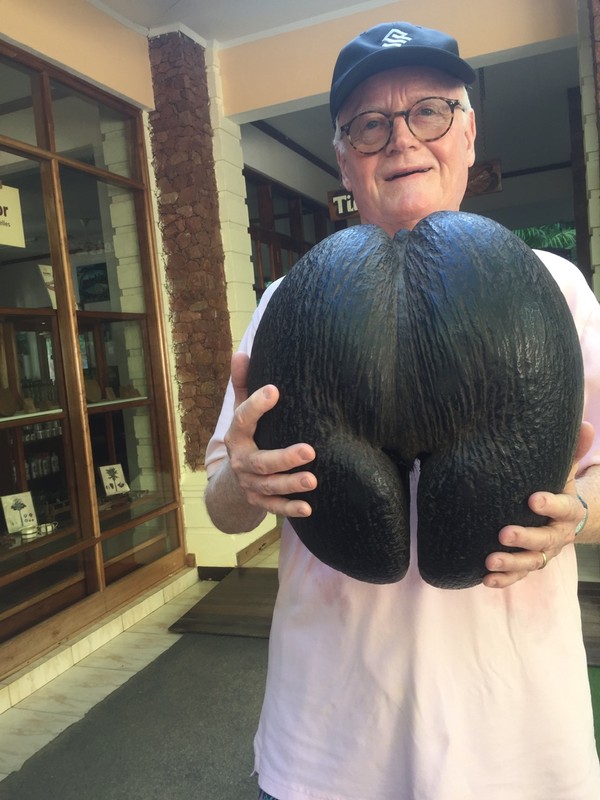 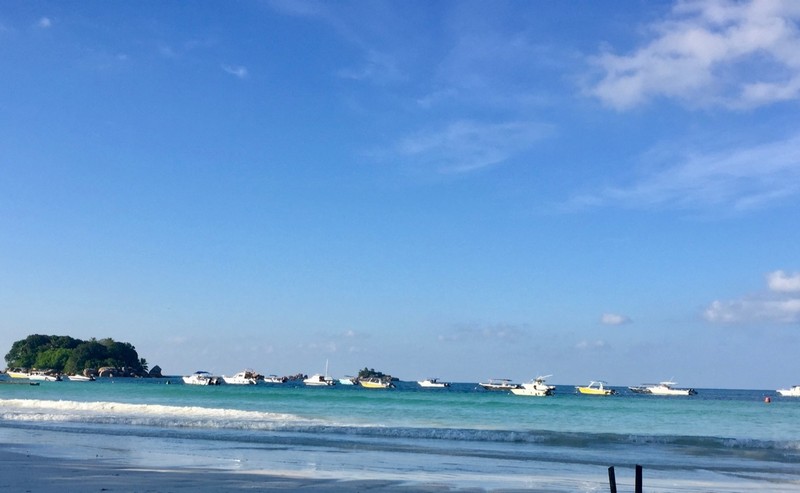 Posted by HopeEakins 04:16 Archived in Seychelles

Previous Next Table of contents

Comments on this blog entry are now closed to non-Travellerspoint members. You can still leave a comment if you are a member of Travellerspoint.

If you aren't a member of Travellerspoint yet, you can join for free.